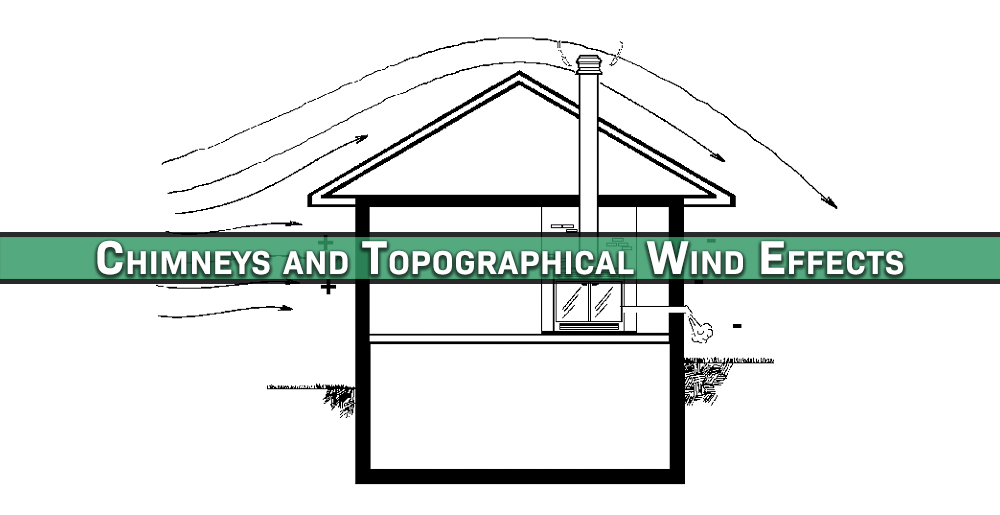 Did you know that wind affects your chimney? Trees, hills, mountains, tall buildings, thermals, and roof designs all impact the flow of air in various ways. These impacts are called “topographical effects,” and they matter when it comes to your chimney.

Air is fluid, it moves much like water. It can develop currents at certain velocities and the faster it moves, the greater the effect. Chimneys depend on “draft”, the natural rise of hot air in order to work; unlike a fan that is powered by an electrical motor to create “draft”, there is nothing mechanical involved in a chimney. Therefore, variables such as air currents flowing over the top of a chimney can have a profound effect on the smoke flowing out of it.

As demonstrated in the picture above, the air at the front of the vehicle is flowing in a straight line. After the air passes over the vehicle, it becomes chaotic with turbulence and pressure variations. A chimney operates under a similar law in physics, thermodynamics, which in simplest terms means that heat rises. 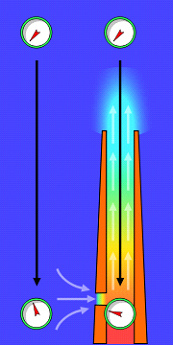 When you mix aerodynamics together with thermodynamics, there are a few possible outcomes, some good, some bad.

1. You understand the dynamics of each of these laws and engineer a way to use it to your advantage. For example, airplanes use aerodynamics and thermodynamics to make long distance travel possible and practical. 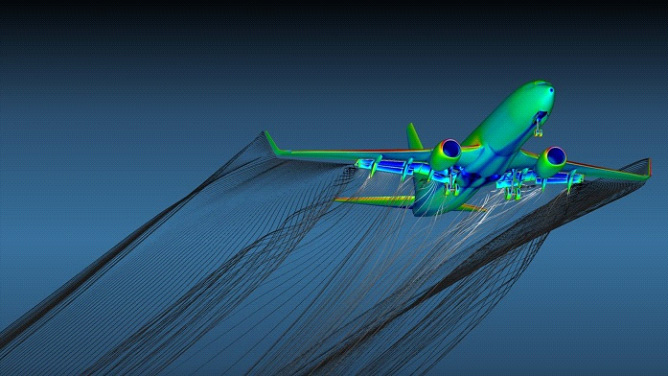 2. You fail to understand these laws, and have to deal with the consequences. For example: 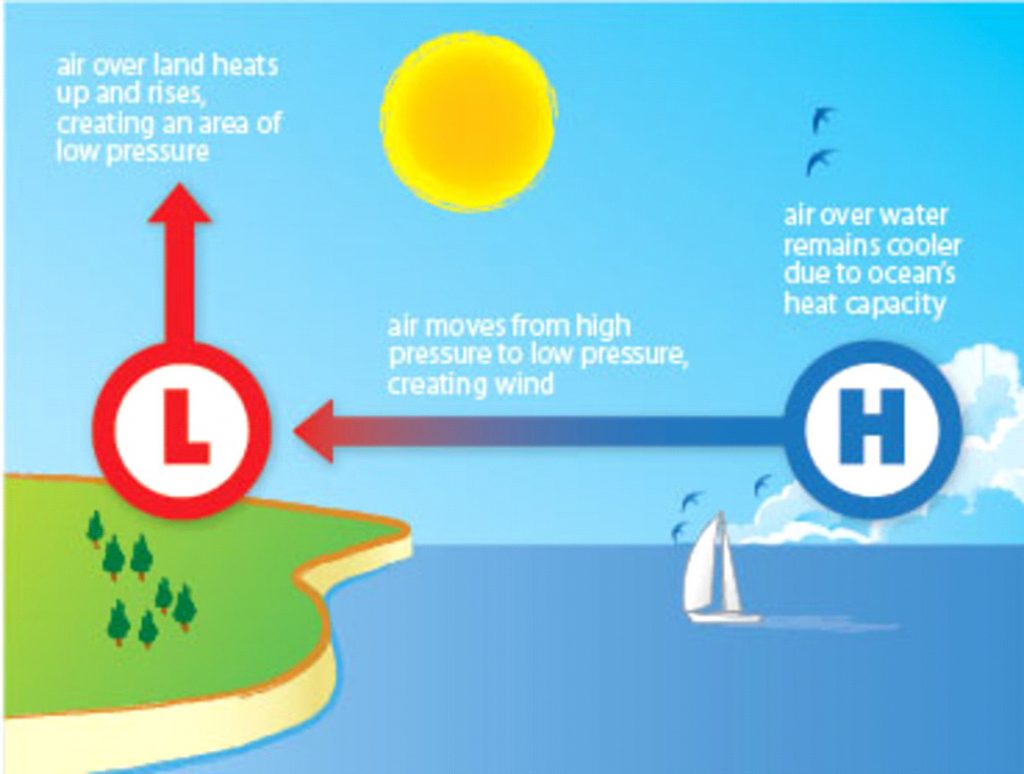 High winds produce positive and negative pressure zones around and over a structure. Obstacles like dormers, roof design, chases, other chimneys, other structures, trees, hills, and mountains can affect how the wind will impact a chimney due to turbulence. Placing the chimney in an area where the chimney cap will receive the least amount of turbulence will prevent Back-Puffing issues later. When in doubt go taller.

Certain kinds of geography such as lakes, valleys, hills and mountains can also produce “thermals.” Thermals are predictable winds that are generated by the sun’s exposure at certain times a day. For example, if you live on an east-facing slope overlooking Flathead Lake in Montana, you will receive more sunlight in the morning and less in the evening, which means your evenings will be cooler than your mornings. That temperature variation combines with the consistent temperature of the lake, leading to regular winds that occur at roughly the same time of day every day. 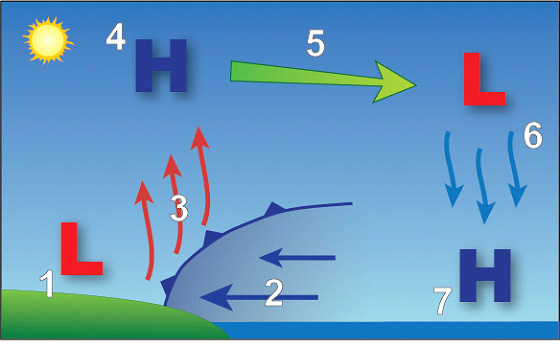 How does this affect your chimney?

In the above example, your chimney works perfectly fine during the day because there is a constant breeze coming straight at you from the lake. However, in the evening when you need your fire the most, your chimney wouldn’t work very well at all. Why? The wind is now blowing down the mountain, on top of your structure, creating turbulence because of trees. The wind turbulence blowing through the cap creates a pulsating pressure effect inside the flue, affecting the draft. 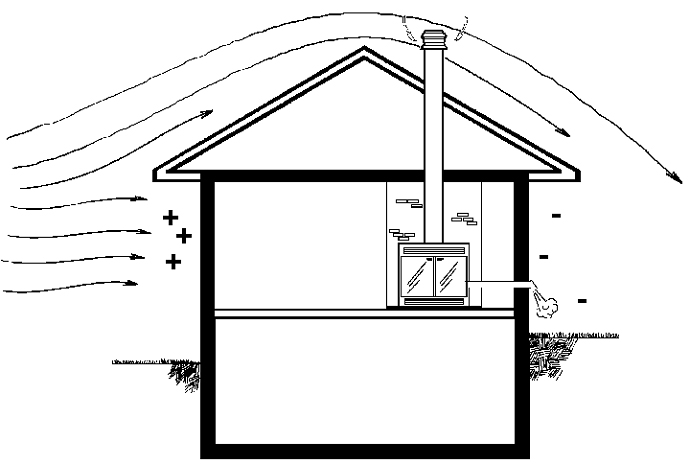 Fortunately, if you take these dynamics into consideration before you install your chimney, you can easily resolve most potential issues, before they occur.

Location is important. Consider the prevailing winds near the chimney cap, along with anything that has a potential to create turbulence. Most local building codes require that a chimney be at least three feet above the roof line. The more you increase this, the less chance of turbulence and issues later. For most Class A chimney systems, if there’s a draft issue during high winds or at certain times of day, it’s a relatively easily process to extend the chimney after installation. 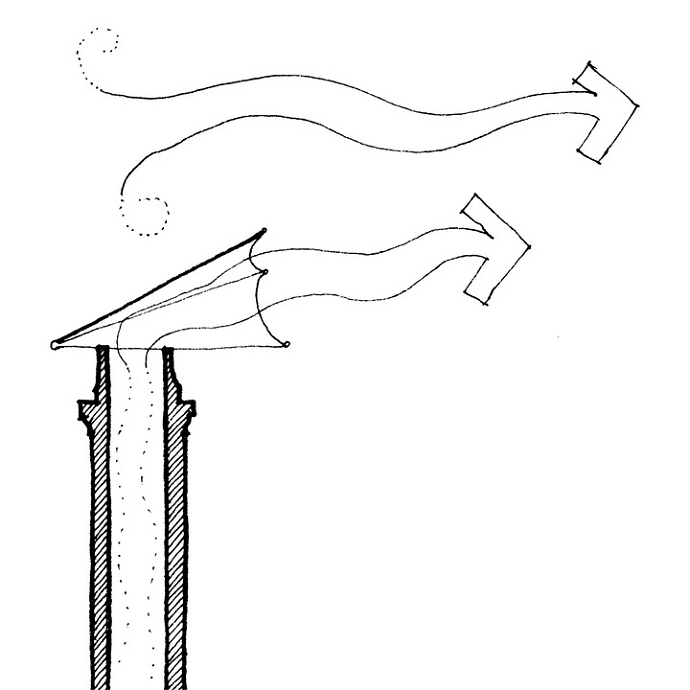 Another factor to consider is the chimney cap. This is where aerodynamics meets thermodynamics. The way a chimney cap reacts to turbulence is key to how well the chimney will draft in high winds or air pressure variations. Again, it is usually not a big deal to change out a cap after an installation if there is an issue. However, moving an entire Class A chimney System is a very big deal, and should be avoided.

Note: Burnt gases produce an acid that reacts to soot deposits produced by oil, wood, corn, or other biomass-based fuel, which will deteriorate some chimneys. Therefore, some chimneys should be relined before re-use based on composition.

Tech Tip: Draft can be measured, it is measured in “Inches of Water Column.” Knowing what your draft is measuring goes a long way in troubleshooting any issues you have. Draft is essentially a measurement of vacuum, and anything that will measure that will work. The proper tool is called a “manometer,” and a cheap one costs about $35 (alternatively, you can make your own for a few dollars if you search online for instructions). 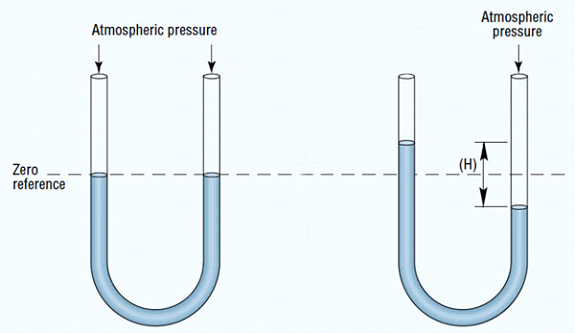 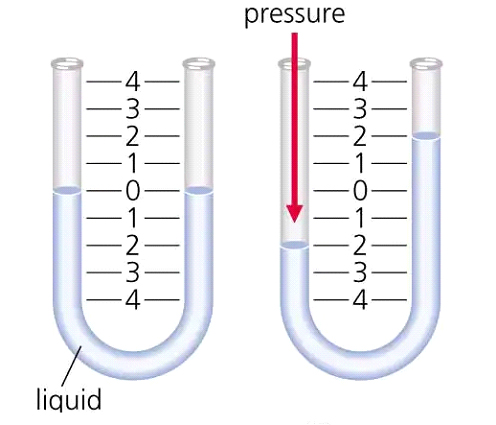 Obadiah’s Woodstoves is one of the oldest online hearth dealers.

Our goal with Chimney101 is to share the knowledge we’ve learned so you don’t repeat our mistakes in your installation. Our sales and technical departments are very experienced and knowledgeable, and we offer a vast product line that often features items not listed online given the constant change in the industry. If you are interested in something not found on our website, give us a call and we will help you out.

If you have a unique project that requires talking with a chimney expert that is experienced in industrial, commercial, architectural, restoration, and HVAC systems, give Obadiah’s a call. We have the ability to do custom design and quotes for many types of venting systems.

Obadiah’s focus has always been customer service, and our websites are a gift to our customers and the general public so that less dangerous mistakes are made during the purchasing of heating products.

“I know of no time in human history where ignorance was better than knowledge”. – Neil deGrasse Tyson

Please visit our other websites: 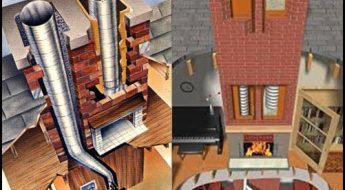 Solid Fuel Chimney Pipe: When Should You Use It? 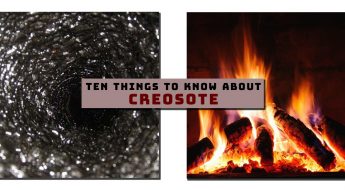 Ten Things to Know About Creosote 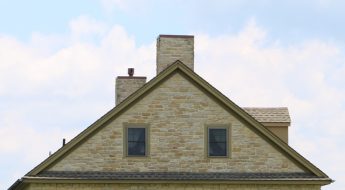